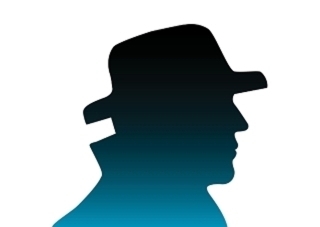 Cyclist safety is prominent in the news at the moment. We are encouraged to get out on our bikes to ease traffic congestion and aid our health and weight. It's a bit of a chicken and egg situation really. If you can make the roads safer for me, I'll get out on my bike. But trying to keep track of the whereabouts of cyclists moving faster than the flow of traffic, when they are weaving inside and outside of my car, in the dark and wet weather, wearing dark clothing and showing few lights, doesn't convince me that cycling is a life-extending experience.

So the news that Jaguar Land Rover is working on in-car technology to warn us about the proximity of cyclists is welcome, although a car seat with the ability to tap me on the left or right shoulder to warn me of the direction of the incoming may be just a tad disconcerting. It reminds me of those films when serial killers jump in the back seat of stopped cars on dark roads. The fright could kill me, not a cyclist.

Question is, once the technology becomes available on mainstream cars – and it will – would you specify it on all your vehicles and bear the additional cost? Or at least on those fleet cars which operate largely in urban environments? I would. For one, it's protecting vulnerable road users, and from a commercial standpoint, cyclists are uninsured so we will never be claiming off them in a fleet bump.

Updating the specification on fleet cars is always an interesting conundrum, and an ongoing process. After all, the overall objective is to run as few cars as possible, whilst working them as hard as possible, at least cost. When it comes to additional mandatory specification, for me it’s about weighing up the likely improved safety angle – leading to happier employees and potentially less vehicle downtime and lost productivity – versus the cost. We keep our cars for three to four years, so the additional specification costs are less than they would be on a fast-churn cycle.

For us, specifying a spare wheel on the high-mileage working vehicles was a no-brainer; yet winter tyres were deemed not necessary. We are not running a fleet which is providing an essential service 24/7. But all-weather tyres, which can be left on a car all year around with no requirement for additional wheels and storage costs, may be a different story, if the price proves right. Front and rear facing cameras are another area I am keen to pursue, because in addition to accident footage availability, there is a hidden benefit in that it is bound to change driver behaviour for the better. Most of these items will become standard fit in a few years, but early adopters reap the benefits now.

I learned another new thing this month, unrelated to the above, other than to illustrate the complications generated by increasing amounts of vehicle technology. The Stop/Start on one of our cars stopped working, apparently due to insufficient battery strength. I always reckoned a healthy car battery would normally last around 4 years, but of course with more ancillary equipment like sat navs and tablets drawing power, capability could reduce. I assume that as the Stop/Start function draws more power it is the first thing to fail. As you often don't get any warning that a battery is about to fail, at least this has a positive side benefit. One to watch.