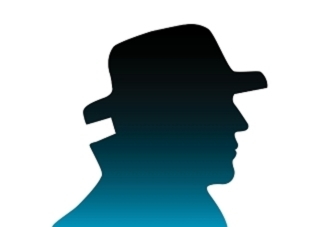 As I write this, our company has been making an effort to support Road Safety Week, with initiatives targeted at our own employees. And I’ve been pleasantly surprised by the good feedback. Road Safety Week is an annual initiative run by charitable organisation Brake, in their words, to stimulate community involvement in road safety year round.

Given its proximity to Christmas, first up was the circulation of some alcoholic drinks unit calculators. We chose some colourful wheels with a central pointer, showing both the number of alcohol units and calories in a range of sixteen drinks of varying size and alcoholic volume. We sent ours with a special message designed to make people take a look. Judging by the exclamations of surprise in some quarters, people were surprised just how many units were contained in their favourite tipple. So that one definitely hit the mark. I’m hoping these wheels will find their way into people’s homes and onwards to friends, spreading the message about drink driving. You can buy them from www.drinkaware.co.uk.

Next up was a driving simulator, simply a PlayStation with a steering wheel attached to it, and whatever driving game took the fancy of the participants – mostly some ridiculous police chase game. Other than avid gamers, most people had their hands full managing to drive at all; but the actual idea was for them to simulate driving whilst I then fired increasingly and alternately stupid or difficult questions at them via a mobile phone, along with sending them the occasional text.

Most people then went to bits completely, and the more serious message behind the playfulness was not lost on them. The point about this idea was that the PlayStation element attracted a different, and younger crowd than would have been reached had we offered something more serious. Of course they would all now like a PlayStation located in the breakout area on a permanent basis.

And our third message for the week was to direct people towards the short driving video offered as part of the Think! campaign. In the video you are in a car as it proceeds through a built-up area. You are asked to note all the pedestrians you see and keep a running points total, the points score varying according to their different coloured t-shirts, while tapping the keyboard space bar every time you are questioned by the phone caller who rabbits on in the background of the video, more or less throughout.

It’s much more difficult than it looks and again, brilliantly illustrates distraction. I found the video at think.direct.gov.uk/drivingchallenge. I know lots of our staff have watched this because they’ve been emailing to say they simply can’t believe how many of the telephone questions they missed. So again, the message has been received.

In one week we’ve reached a significant number of people with two strong messages. None of the ideas cost much money, and they were not too time-precious either, but I’m really pleased with the impact. To my knowledge, it’s the first time we have participated in an active way.

Fired up by this success, and as our offices are located on a route with multiple nearby schools, I think our next target should be a banner along the front wall illustrating the overall stopping distance from 30 miles per hour. That would provide a thinking point for schoolchildren as well as drivers.

Brake’s key message this year was actually “Drive Less Live More”, encouraging us to leave the car at home where possible and get out more on our feet or bicycles. That may be more difficult in the business community, but as a company which has just spent a small fortune on improved video conferencing facilities, we are hoping to play our part and reduce business mileage over time. As we keep good mileage records (and yes our ESOS transport and energy audits were submitted in time for the December 5 deadline) we look forward to monitoring the results.