The increasing integration of technology with fleet vehicles creates issues of clarity and security, says The Insider. 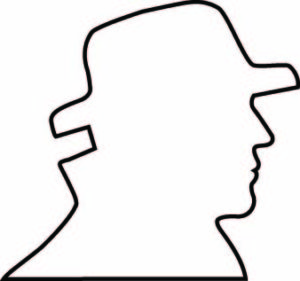 The increasing integration of technology with fleet vehicles can cause security issues.

Does anyone else remember the time when most car breakdowns were attributable to a dodgy set of points, rotor arm or failed distributor cap, and easily remedied with cheap new parts, a screwdriver and a squirt of WD40?

Yet how quickly have we moved on to a place where instead of the motor industry being the domain of mechanical engineers it has been transformed into one led by electronics and software.

Away from the car, we’ve moved from conveying messages by letter and posted into a red box for onward delivery, to smart phones which enable us to give and receive messages via numerous methods, instantaneously. Electronics and smart phones combined is about to give us a bigger set of problems.

GPS-enabled smart phones and the availability of apps and connected car services for roadside assistance, service reminders and bookings, and diagnostic alerts mean that it is now relatively easy to develop a simple telematics or fleet management app, capable of capturing driver and vehicle performance on safety and fuel-related items.

These apps often compete directly with the one-stop-shop fleet management offerings provided by leasing companies. End-user drivers may be contacted directly by the app provider and asked to sign terms and conditions pertinent to their services, which likely conflict with another contract previously signed between the driver’s fleet manager and their leasing company. So far this has led to some leasing companies opting out of any connected technology that conflicts with what they offer, which means all the connected services in a vehicle are switched off.

In the meantime, the manufacturer is happy to have as much ongoing information about its asset as possible, for research purposes but also to forestall any security, or indeed component failure issues. Also, potential liability issues mean providers need to ensure the asset is correctly managed and with the advent of autonomous features, they must consider both vehicle and driver security. At this point in time, when cars can receive automatic downloads, and interface with our phones, the potential for malicious interference grows.

My first thoughts were that the manufacturer would take control of all aspects of the vehicle, including having to have it serviced at a main dealership. I wondered if systems would be built which refused access for independents, or would not keep the vehicle system up to date thus rendering it useless. But it seems I did them an injustice.

A solution has to be found, and recent whisperings suggest progress is being made, courtesy of the VDA, the European version of our SMMT. Discussions are ongoing but all parties involved have agreed five key principles that any eventual solution will need to meet. These are essentially that the data owner must decide what is released and to whom, and must be given an opt-out option. There must be free and undistorted competition for all service providers, so no monopoly for manufacturers; and indeed I’ve heard they are also warming to the idea of adopting an open-source approach, inviting third parties to develop apps and services that will work with their products.

There is recognition that end users need data protection for privacy; and that companies need it for security and competition reasons. Services using the data must not endanger the safe function of the vehicle or impact the manufacturer’s liability and there must be standardised, common access to vehicle data and resources.

Data will likely end up being accessed via an independently managed platform using neutral servers, acting as go-between between manufacturers and those entitled – or able – to purchase some of that data. Note use of the words ‘purchase’ and ‘some data’! It’s anticipated that leasing companies will need to buy relevant data from the original equipment manufacturers. Should we expect higher costs?

Surely the basic question remains though – who is the owner of the vehicle and/or the data itself, and if we all take the opt out, analysis of information which could be available and in many cases inherently useful, becomes irrelevant because it’s only partial?

For me, all this opens up more questions, so expect more on the subject next month.

Previous: Fleet Geek – February 2017
Next: Going it alone – what will Brexit mean for UK fleets?