The Insider: The fuel picture

With a diesel tax on the way, improving petrol economy and a switch to electric mobility, The Insider reckons it’s never been trickier to model whole-life costs. 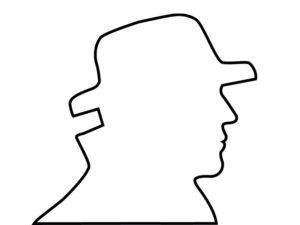 I’m a great believer in breaking down difficult tasks into smaller logical sections to be resolved one at a time, until the whole is complete. The current conundrum is what fuel shape to make the fleet next. My task is being hindered by a lack of information around accurate miles per gallon, truthful CO2 figures and the likely change of fuel choice driven by moves announced in the forthcoming Autumn Budget. For the latter, the principles are already decided, but no-one is letting on. My calculations can rely only on guestimates, not facts.

Wise folk, whose job is to advise rather than perform at a practical level, recommend a piecemeal approach – pick and mix. That’s fine on paper, but more difficult to argue in practice, especially when the way forward is not yet known.

Inputting variables to keep employees happy (HR), and keeping it cheap (Finance), doing the right thing for the world (Environment Committee) and in the eyes of the customer (Board) are headache enough. Add distractions like comparing actual versus published fuel consumption, different fuels for high and low mileage drivers, and something suitable for use in a number of UK cities, which may or may not set up similar Ultra Low Emission Zones to London, and I soon need a lie down. So far the popular message is that diesel must go and petrol is back in favour. But only for a few years and then petrol will be on its way out and everything must be electric; or possibly hydrogen fuel cell.

Modelling on current figures suggests diesel is still the cheapest option across a range of annual mileages, with the comparatively high value of electric cars delaying take-up. So I suspect whatever is put in place to coax us out of diesels this autumn will ensure the whole life cost of a diesel moves up to meet petrol, or even hybrid vehicle figures. On that basis it’s not difficult to confidently predict that the cost of business travel by road will be on the rise again.

I have tried modelling various potential scenarios but there are several “what ifs”, hence my comment at the top of the page. For instance, given similar models of car, what is the difference in consumption between petrol and diesel? The bandied about “not so much these days” is not a factual answer. The Worldwide Harmonised Light Vehicle Test Procedure (WLTP) kicked off on 1 September, which should give access to more realistic consumption figures for each model. So we should be better armed when setting vehicle choice lists, rather than the driver finding the published consumption was over-stated. And following on from the recent manufacturer software manipulation scandals, there is the possibility of higher CO2 figures (also calculated using WLTP) for similar replacement models of the same car.

Then again, if there is a levy on diesel as is being suggested in some quarters, private and business fuel costs for that fuel will rise anyway. So my modelling would need to assume that basis, rather than the current estimated differences. Conversations with manufacturers confirm they are mostly ramping up with more petrol models once again, so presumably there won’t be lengthy waits if we are ready to order this autumn.

If petrol does become the popular choice, drivers will feel good about a switch to a cleaner fuel, but when the cost of reimbursing their private mileage rises due to less miles per gallon, and their tax rises due to increased CO2, some of the feel-good factor from doing their bit for the planet will dissipate.

In view of the uncertainty, I recommended that we hold off vehicle replacement until after the Autumn Announcement. That way, at least no drivers should be penalised by us making a wrong choice now and being stuck with a car for three years or more.

One day some genius will come up with a tax system which is fair and simple. Thank goodness that by 2040 I shall have been long retired and can sit and admire the classic looks and value of my old and still appreciating Mark 1 Golf GTI, while the great-grandchildren marvel at a vehicle that ran on petrol, and was noisy and smelly, and had to be driven hands-on.