The Finance Bill – a seismic shift for fleet managers

Professor Colin Tourick explains some of the key changes presented by the new Bill, and how it could affect fleets. 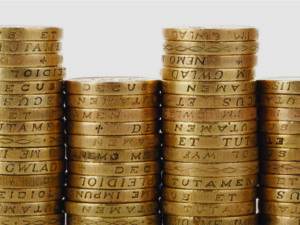 The changes communicated in the new Bill could cause complications for fleets.

They had good reason to hesitate, because the government’s proposals are complex and far-reaching and it seems that everyone has needed to take a little longer to work out what it all means. The key areas fleet managers need to be aware of are that the draft puts flesh on the bones of the new approach to salary sacrifice that was announced in the Autumn Statement and introduces a very different approach to cash allowances.

At least one major accounting firm has suggested that the new rules will also affect Employee Car Ownership Schemes (ECOS) but at the time of writing this is unclear, as is the position when an employee who has the right to a cash allowance instead of a company car selects a company car below their entitlement level, i.e. they ‘trade down’. Trading up was referred to in the draft legislation but not trading down.

This article ignores these uncertainties and concentrates on the things we definitely know.

As the government had already announced, from 6 April 2017 any tax and national insurance contributions (NICs) advantages under salary sacrifice arrangements will be withdrawn.

Just to recap, under a salary sacrifice arrangement an employee gives up the right to some salary and receives a benefit instead.

When salary sacrifice is used for cars, the employee saves tax and employees’ NIC, and the employer saves employers’ NIC. The employee pays Benefit-in-Kind tax under the normal rules for company cars.

Historically, if an employee chose a relatively low cost, low-CO2 car they could make savings. Salary sacrifice schemes have predominantly been used to provide cars for employees who would not otherwise be entitled to a company car, most of whom have been basic rate taxpayers.

The draft legislation describes these arrangements as ‘optional remuneration arrangements’ (OpRAs). The industry knew that salary sacrifice schemes were being reviewed in 2016, but before last November they had no idea that the government would include cash allowances in the rule changes. This has been confirmed in the wording of the draft bill.

If your company operates a salary sacrifice arrangement or offers benefits such as company cars or the option to take a cash allowance in lieu of those benefits, you need to understand the new rules. Even employers that have never offered salary sacrifice but offer employees the choice between a cash allowance and a company car are caught by the new rules. An awful lot of companies, tens of thousands and maybe more, now have to consider how these changes affect them.

And here is the key piece of information: if an employee choses to take a benefit instead of an amount of salary, they will be taxed on the greater of the salary given up and the taxable value of the Benefit-in-Kind.

The legislation includes provisions designed to stop people claiming that a particular type of benefit or form of salary reduction falls outside the scope of the rules.

There are transitional arrangements. If someone took a car emitting more than 75g CO2/km on a salary sacrifice scheme before 6 April 2017 they will be taxed under the old rules (the normal company car BiK rules) until the earlier of 6 April 2021 or the date when they modify or renew the deal. If the car emits 75g CO2/km or less the old rules continue to apply.

If an employee changes or renews the OpRA on after 6 April 2017 the new rules will apply from the date of the renewal or change. Amendments that arise because of matters that are not within the control of the employer or employee – e.g. the car is written off and replaced, or the employee is allowed to vary the arrangement because they are on extended sick leave or maternity leave – are not regarded as changes for this purpose.

If a car emits more than 75 grams CO2/km and the employee has sacrificed salary, they will be taxed either on the normal basis for a company car (which is broadly; list price multiplied by a percentage based on the CO2 emissions of the car) or on the amount of salary they sacrificed, whichever value is the higher. To determine whether the Benefit-in-Kind or the salary sacrifice delivers the higher value, any capital contribution made by the employee towards the purchase of the car or payments for private use are ignored in the initial calculation (called the “modified cash equivalent”).

This approach also extends to free fuel supplied to an employee who gives up salary for the right to receive free private fuel paid for by their employer. They will be taxed on either the cash equivalent value of the fuel (calculated on the normal basis where the fuel multiplier of £22,600 is multiplied by the appropriate percentage based on the car’s CO2) or the amount of salary sacrificed by the employee for the benefit of the fuel, whichever is the greater.

A similar calculation needs to be made if salary is sacrificed in return for being given a company van or free private fuel for such a van.

It’s going to take some while for fleet managers and the fleet industry to get their minds around this sort of logic and there are a lot of consequences of these new regulations:
•    When choosing their company cars, employees need to know how much tax they are going to pay. Currently this is normally shown on the leasing company’s quotation screen. In future, these screens will have to be modified to provide the correct figures, and the systems will have to hold information about cash allowances, capital contributions, personal contributions, etc.
•    Employers are going to have to decide whether to keep cash allowances at current levels or reduce them. If the company offers a generous cash allowance scheme many employees will find that they are being taxed on a cash allowance they haven’t received.
•    The new rules may reduce the incentive for employees to choose low CO2 cars. Employers have to decide how they wish to manage this, or indeed whether this is important to them.
•    Salary sacrifice schemes still work, but the interplay between salary sacrifice, cash allowances and ‘normal’ company-car based Benefit-in-Kind tax mean that leasing companies are going to ensure that their quoting system provide the employee with all necessary information on which to base a decision about whether to enter into the salary sacrifice arrangement.Professor Colin Tourick, Msc, Msc FCA, FCAA, MICFM