By Colin Tourick / 3 years ago / Comment, Top Stories / No Comments

Professor Colin Tourick is unconvinced by the company car tax reforms announced in the latest Budget. 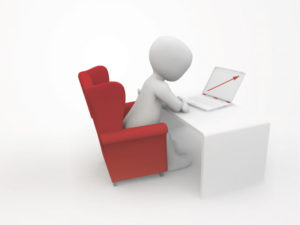 We live in weird times, to be sure. You can’t help thinking that Philip Hammond had an impossible task when preparing this autumn’s Budget. He needed to boost the economy, balance the books, keep spending low, not send out the wrong messages to the EU’s Brexit negotiators, and try to send the right messages to businesses and consumers worried about Brexit. But in the process of trying to do the right thing and send the right messages he has reversed a policy that fleet managers and drivers have been able to rely on for many years: certainty.

Almost all 800,000 drivers of diesel company cars are to be penalised with an unexpected increase in Benefit in Kind charges from next April. The only exceptions are the small minority whose cars meet the new RDE2 emissions standard. Bye bye certainty.

You may not be familiar with RDE2 – Real Driving Emissions Standard No 2. It measures car emissions in on-the-road tests, taking into account weather conditions, vehicle payload, road type, altitude and other real-life elements that affect emissions. This makes it different to the new Worldwide Harmonised Light Vehicle Test Procedure (WLTP), which is also designed to give an indication of real life emissions but uses laboratory testing.

There are two timetables here to be aware of:

The CO2 figures printed on our V5Cs are based on the old test (now confusingly called the New European Driving Cycle test) but we are in a period of transition moving from NEDC to WLTP. New types of car certified after September 2017 will have official emissions values showing both measures, and after September 2018 all new cars must have WLTP values. So we will now start to see two measures for individual models.

The Budget confirmed that HMRC will use NEDC CO2 figures for company car BiK purposes until April 2020 and WLTP figures thereafter.

The RDE1 standard has been running since 1 September 2017. All cars will be tested to the more stringent RDE2 from September 2019. RDE2 becomes mandatory for all cars from 2021, allowing manufacturers time to make the necessary changes to their models. So it’s very likely that most current models will not meet RDE2 standard by April.

From 6 April 2018 the first year VED rate for diesel cars will go up by one band unless the car meets RDE standards. That’s a one-off increase of about £40 – not too much in the scheme of things. It doesn’t apply to commercial vehicles, which is just as well, as in many cases there is no viable alternative to driving a diesel van.

From the same date the BiK supplement for diesel company cars will rise from 3% to 4% unless they meet the RDE2 standard. But that does mean that an employee’s BiK tax bill will rise by 1%.

The average driver whose diesel car emits 75-94g/km of CO2 was due to pay tax on the car’s list price x 22% x their marginal personal tax rate from next April. That 22% just rose to 23%, which is getting on for a 5% increase in BiK tax. Ouch. This applies to all diesel cars, not just new ones ordered after that date. So whilst trying to send a message about emissions from diesel cars, the Government has simply penalised company car drivers who have already chosen diesel and who won’t get the chance to change cars for some months or years.

John Pryor of the Association of Car Fleet Operators is right to say that this is grossly unfair.

And we must remember of course that BiK rates already rise every year for all cars, that wages are growing more slowly than inflation, that the Government said that any changes would apply only to new cars and that the prime minister said she didn’t want to penalise people who had already chosen diesel cars because of their environmental credentials.

With all of the uncertainty that exists over the economy and Brexit, it might have been nice had they spared company car drivers and fleet managers any further uncertainty. Yes, by all means use the tax system to discourage bad environmental choices but don’t introduce changes at short notice that drivers can’t do anything about (and that make no sense environmentally). This has simply been a tax-grab wrapped up in environmental clothing that may go down well with some headline-writers but is actually bad governance and will cost company car drivers and their employers £365m over 5 years.

What to do next…?

The average fleet manager will be scratching their head wondering what they are supposed to do, particularly those who have large numbers of employees driving high annual mileages in larger cars.

Ironically, this change could encourage some drivers to opt out of company cars, take a cash allowance and buy a used car with sky-high emissions. Most fleet managers will – rightly – speak up against this because it will lead to a loss of control, more paperwork, increased health and safety risks and employees driving around in less reliable cars. And it may not even reduce costs.

The right thing to do is to evaluate the effect on drivers of diesel cars (and on the company. Don’t forget that Class1A NIC is based on those BiK tables too).

If your fleet policy does not now actively encourage the take-up of alternatives to diesels, now surely must be the time to revisit this. Ask your leasing company to help.

It may well be that once we get over this period, manufacturers will come forward with cars that meet the WLTP/ RDE2 limits and where there is a compelling case to opt for diesel because the business case works for most businesses and employees in the same way that it worked in the past: low fuel cost per mile, low emissions, low BiK and low VED.

But for now, fleet managers need to keep on top of their fleet policy because the Government is clearly prepared to make decisions that play well to headline-writers without much regard for the pain it causes company car drivers. Or was it ever thus?