Thatcham Research has revealed its list of the 10 safest new cars for 2019, which team up top-level crash protection ratings with crash avoidance technology. 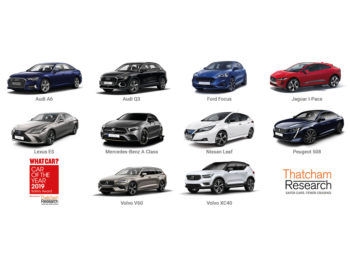 The long list of cars, which will vie for the What Car? Safety Award 2019, were not only chosen for their five-star Euro NCAP ratings and crash safety protection to all passengers, but also for their performance in new Autonomous Emergency Braking (AEB) tests. Models were also chosen for their availability of systems which combine Adaptive Cruise Control, Speed Recognition and Control, and Steering Support as the first step towards vehicle automation, while Thatcham also paid heed to their potential sales volumes in the UK to recognise their real impact on road safety.

Matthew Avery, What Car? safety award judge and director of research at Thatcham Research, said: “The 10 cars in this longlist are some of the safest ever made, anywhere in the world.

“Accidents involving our most vulnerable road users have increased 12% over recent years. This is why the progression seen in safety technology like AEB (Autonomous Emergency Braking) is so fundamental. All the cars in the list not only have AEB systems to prevent or mitigate crashes into other vehicles, but they can also cope with the much tougher challenge of detecting cyclists and pedestrians.”

An overall What Car? Safety Award 2019 winner, along with the cars in second and third place, will be announced at the Car of the Year ceremony on the evening of Tuesday 22 January 2019.