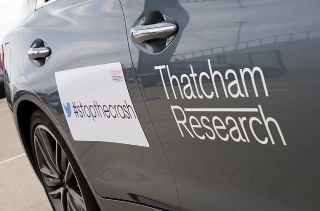 According to the latest BVRLA Fleet Technology Survey, fleets are switched on to benefits of new vehicle safety technology, but government needs to take a lead.

The survey of more than 150 fleet managers, rental operators and leasing companies, shows that safety is a key theme, second only to cost reduction, while Autonomous Emergency Braking (AEB) and in-car video would be the most important safety technologies for fleets in the future.

AEB is widely regarded as one of the most important safety innovations to have emerged in recent years and has been recognised by Thatcham as well as the Euro NCAP safety performance assessment programme.

“Clearly, at this level of effectiveness, low speed AEB is potentially a hugely important active safety technology and widespread fitment through the vehicle fleet should be encouraged in the interest of improved vehicle safety.

“AEB technology is a key discriminator in the safety rating of new vehicles – which is reflected in insurance group ratings.

“We would like to see the new Government take a lead in the UK – just as Swedish and Australian Governments have done – and mandate only AEB-equipped cars across its own fleet and incentivise the take-up of AEB across the all-important fleet market.”

Previous: Government urged to mandate use of AEB as fleets switch on to benefits of technology
Next: Strong start for ALD ‘Centre-for-a-Day’ sales at BCA