Major public transport fares for London will remain the same in 2020,TfL has reiterated. 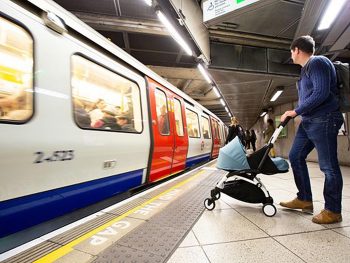 By Spring 2020, daily and weekly capping for contactless pay as you go users will be introduced for stations to and from Reading

‘Pay as you go’ journeys on the bus, Tube, Tram, DLR, TfL-run rail services (where TfL fares apply), Emirates Air Line and Santander Cycles will remain the same as they currently are.

TfL’s latest figures show that 64% of all journeys now made on the Tube are made using pay as you go, demonstrating an increasing move away from paper season tickets and towards smart ticketing.

By using pay as you go with a contactless or Oyster card, adult off-peak fares including Zone 1 start at £2.40 and off-peak adult Tube, DLR and most London Overground fares within Zones 2-6 are just £1.50. In addition, with the Hopper fare, customers can take unlimited bus and tram journeys across the capital within an hour for just £1.50, with the total cost capped at £4.50 for the whole day. Since its launch in September 2016 the Hopper ticket has already been used for more than 400 million journeys in the capital.

From today, 2 January, the overall increase in national rail fares since the Mayor was elected in May 2016 will be around 10%. In contrast, fares set by the Mayor have been frozen.

The Mayor of London, Sadiq Khan, said: “I’m proud to be freezing TfL fares for the fourth year in succession, fulfilling the pledge made in my manifesto. Alongside our hugely popular Hopper fare we’re making public transport a more affordable option for millions of people across our city. This is vital to encourage more Londoners out of their cars – helping reduce congestion and emissions, and clean up our toxic air.

“This is in stark contrast to the Government who have allowed the failing private rail companies to hike up their fares once again despite letting down London’s suburban rail passengers.”