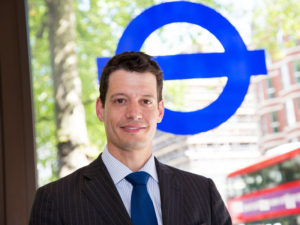 He replaces Leon Daniels – who leaves after nearly seven years in the role – and is credited with having driven significant improvements at TfL and helped to further modernise the organisation in his current position.

Powell also previously held a number of roles in group business planning and performance at project management consultancy Atkins before moving to co-lead the re-organisation of many parts of TfL.

Commenting on the departure of Leon Daniels, Brown added: “Leon has made a massive contribution to TfL and London. Our progress under his leadership has been considerable and I am very grateful to him both personally and professionally for all his invaluable hard work and support.”