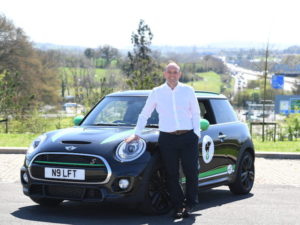 He brings nearly a decade of experience in telematics, including eight years as a major accounts manager at Navman Wireless, and has successfully implemented hundreds of telematics contracts, spanning over 24,000 vehicle units, in a broad range of public and private sectors, including government, utilities, charities, construction, facilities and social housing.

In his new role, Hennelly will work closely with Lightfoot’s national sales team, overseeing the sales team’s growth as the businesses expands to meet demand.

He commented: “Telematics systems are great and offer a wealth of information, but beyond a limited deterrent effect, they only raise awareness of problems as opposed to actually solving them. Lightfoot has a totally different approach, solving issues at source, using real time in-cab visual and audio alerts that deliver tangible results in terms of more efficient, more cost effective and safer drivers. Lightfoot is a game changer and I wanted to be part of it.”

Previous: Find out how to avoid penalty hotspots
Next: EU car demand rockets