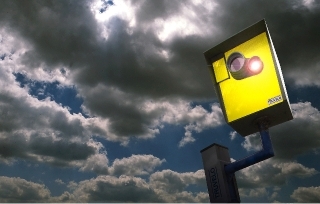 80% of all the UK speed cameras investigated had hard braking activity, with braking increasing six fold on average at these locations. Wunelli defines a hard braking event as a change in speed of 6.5+ mph over a 1-second time period, which is enough to propell a bag on the passenger seat into the footwell.

• 80% of the UK speed cameras investigated are creating braking black spots
• Motorists hard braking activity increases on average by 689% at these locations
• Women exceed the speed limit 12% less than men and hard brake 11% less
• Motorists are most likely to speed at 5:59 am and least likely to speed at 5:16 pm
• Motorists driving in 30 mph zones are found to be speeding 12% of the time and at least 18% over the speed limit
• A 30% reduction in speeding is achieved by those provided with feedback via personal dashboards or smartphone devices

Commenting on the findings, Paul Stacy, founding director of Wunelli, said: “These findings question whether speed cameras are serving their purpose as a road safety tool or whether they are instead encouraging poor driving behaviour.

“The breadth and depth of data Wunelli can now aggregate and study means driving behaviour analysis is now possible on a range of vehicle factors, if you wanted to identify which car driver is least likely to be involved in an accident based on the driving behaviour we have recorded, they would be the owner of an estate car, gold colour, 4WD and about £10k in value. Of course, that’s not to say gold-coloured 4WD estate owners are all safe drivers.”

The analysis also uncovered that residential roads (under 40mph) have significantly more accidents per mile than roads with higher speed limits. Wunelli claims that this type of information is not only valuable to insurers but immensely important for motor manufacturers and the designers of the cars and the road networks of the future.

Ash Hassib, SVP and GM, Auto and Home Insurance, LexisNexis Risk Solutions, added, “We have collected over a billion miles of driving behaviour data, and our analysis has provided some extremely important insights. We are building upon these insights to show the potentially dangerous effects of certain speed deterrents on driving behaviour as speeding drivers take erratic measures, such as braking harshly, to avoid being penalised.

“This supports the theory of accidents being ‘wake up calls’ to drivers to take more care and proof that a carrot rather than a stick approach works in improving driving behaviour.”