ACFO is urging the Government to realign the company car tax regime as it warns that the transition to WLTP could push more drivers to opt out into higher-polluting private vehicles if left unchecked. 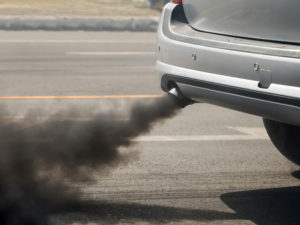 The comments come from the fleet decision-makers’ organisation in its action plan, which has been sent to the HM Treasury in response to its review into the impact of the WLTP cycle on company car Benefit-in-Kind tax and Vehicle Excise Duty.

The review, which closed on Sunday 17 February, looks at the impact that the new emissions testing cycle will have on CCT and VED when it is implemented from April 2020. A new, more accurate testing procedure, WLTP is expected to increase most cars’ reported CO2 figures by 10-20%, having an inflationary impact on emissions-based CO2 taxes like CCT and VED.

Current uncertainty of the cost to fleets/drivers from the WLTP increases is being exacerbated by a lack of information for BIK rates after 2021; both are said to have been leading fleets to hold onto vehicles for longer due to lack of clarity on how new cars will be taxed in the future, or actually pushing drivers to opt out and take cash allowances, potentially for much higher emitting vehicles.

Lack of Treasury action to stem this could further force drivers to opt out. HMRC data already shows that while the volume of company cars on the road has reduced in recent years, the tax take from drivers and companies paying Class 1A National Insurance on the benefit has been increasing. Furthermore, the Office for Budget Responsibility has already factored in an additional £500m flooding into HM Treasury coffers as a result of the impact of WLTP on taxation by 2024.

With the Government expected to overview its plans in the Spring Statement on 13 March, the Treasury is being urged now to ensure it factors in the evidence on opt-out drivers and their vehicle choices to stop jeopardising its own clean air strategy; this includes from ACFO which said: “Migration away from company-provided cars to privately sourced cars is shown to increase CO2”.

The organisation reported that businesses are closing company car schemes with employees opting for cash due to year-on-year rises in benefit-in-kind tax and uncertainty over future taxation levels, and added: “Older, more polluting vehicles are likely to be used and few companies are willing to force drivers into cars that would be similar to what they may have chosen under a company car scheme.”

ACFO also reminded the Government that many company cars were ‘job-need’ with little vehicle choice meaning that drivers of those vehicles had no cash allowance option and “limited opportunity to reduce, or control, their benefit-in-kind tax”.

“These drivers are also more likely to be very high business mileage users and therefore less suited to the very low emission vehicles and have to take a diesel car as they continued to offer the best whole life cost and MPG,” said ACFO.

Consequently, ACFO has urged the Government to:

Caroline Sandall, ACFO deputy chairman, said: “The Government cannot continue to treat company cars as ‘a cash cow’. Word from the Government has previously been that it sees the transition to a tax system based on WLTP CO2 emission figures as being tax neutral and it must adhere to that.

“Furthermore, if the Government is to achieve its ambition to reduce vehicle emissions then it must ensure that the tax regime supports and enhances demand for company cars, the newest and cleanest cars on the roads, and make the changes as ACFO has outlined in its action plan.”