Fleets can now help with the war on plastic with the help of a new tablet vehicle screen wash from motor accessories distributor vGroup. 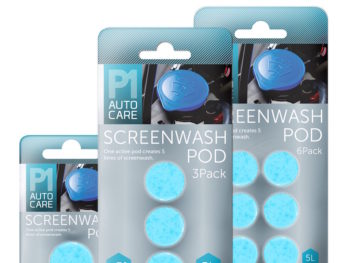 Using the tablet can also cut down on the estimated eight million litres of fuel and two million tonnes of associated additional packaging for screen wash.

The blue raspberry smelling tablets, teal blue in colour, have been launched as part of vGroup International’s vehicle winter pack for fleets, which also contains an ice scraper and Chlorofluorocarbon-free (CFC) de-icer. However, the tablets are also available in single pod, three-pod or six-pod blister packs.

International chairman Martyn Nash said: “Not only do the tablets save considerable storage space, but advocating their use is good for the environment and good PR for businesses. It is a no-brainer.”