Switch to EVs needs to be accompanied by transport rethink, says EEA

Large-scale take-up of electric vehicles in Europe will help lower emissions but will also require a rethink on overall transport systems and how to power such EVs. 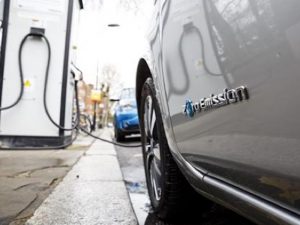 As increased take-up of EVs leads to additional electricity demand, the EEA says critical questions include the amount of electricity needed and how to manage charging peaks

That’s the finding of research by the European Environment Agency, which says widespread use of electric vehicles would pose challenges for Europe’s power grid in meeting increased electricity demand while environmental benefits will be diluted by countries predominantly using fossil power plants.

The EEA briefing ‘Electric vehicles and the energy sector — impacts on Europe’s future emissions‘ looks at the impact of different scenarios that take into account the increased use of electric cars and their effect on the European Union’s (EU) energy system, and on emissions of greenhouse gases and selected air pollutants.

“Electric vehicles powered by renewable energy sources can play a bridging role in the EU’s plans to move towards a greener, more sustainable transport system, and in meeting its goal to reduce greenhouse gas emissions by 80‒95% by 2050. However, larger numbers of electric vehicles will not be enough for the shift to a low-carbon economy. Other problems such as growing demand for transport and congestion remain and need to be addressed as well,” said Hans Bruyninckx, EEA executive director.

The EEA research explored several scenarios, including one model where electric cars have an 80% share of the EU’s total car fleet in 2050 and found that additional electricity generation will be required in the EU to meet the higher energy demand. It added that the need for extra power will be higher if other sectors like industry or households do not follow through on planned energy efficiency improvements. The use of renewable energy in 2050 will also have an effect on the level of emissions from the power-generating sector.

Overall, the resulting carbon dioxide emission reductions in the road transport sector would outweigh the higher emissions caused by the continued use of fossil fuels in the power-generating sector. In the EU, a net reduction of 255 million tonnes of CO2 could be delivered in 2050. This amount is equivalent to around 10% of the total emissions estimated for that year. However in countries with a high share of fossil power plants, environmental benefits would be lower. This would also lower the benefits of using electric vehicles in these countries.

The EEA also said that simply replacing conventional vehicles will not solve other transport-related problems such as growing congestion and increasing demand for road infrastructure.

It added: “A systematic transformation is needed, including further development of renewable biofuels, a shift towards non-motorised and/or public transport and changing the ways in which we use our transport systems. This will help achieve the EU’s commitment to a more resource efficient, green and competitive low-carbon economy.”

Previous: Suzuki S-Cross facelifted for 2017
Next: A new era for electric vehicles?