Suzuki is launching 48-volt mild hybrid versions of its Swift Sport, Vitara and S-Cross models from next spring, bringing up to a 20% reduction in CO2 compared to the outgoing 1.4-litre Boosterjet models with manual transmission. 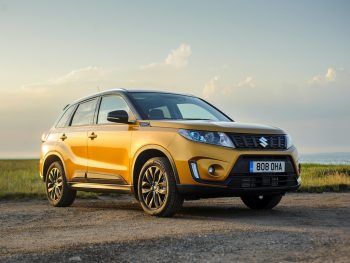 The new 48-volt mild hybrid powertrain will be introduced for Swift Sport, Vitara and S-Cross models

The new, higher-powered version uses a 48-volt lithium-ion battery with an Integrated Starter Generator (ISG) and 48V-12V (DC/DC) converter, used to power components requiring lower voltage including lights, audio and air conditioning. The ISG acts as both a generator and starter motor, is belt driven and assists the petrol engine on driving off, giving a higher level of torque; 235Nm is available from 2,000rpm.

Alongside the reduced CO2 and higher torque, the set-up is said to bring a 15% overall improvement in WLTP Combined fuel consumption while adding less than 15kg to the overall weight of the vehicle.

Full specifications will be announced ahead of the vehicles’ launch in March 2020.