Suzuki will unveil two new crossovers at the Paris Motor Show next month; a refreshed version of the S-Cross, and the new Ignis which launches in the UK in 2017. 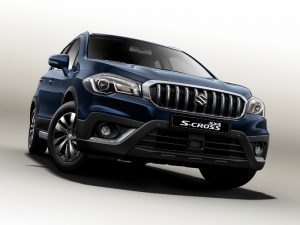 The S-Cross is a key part of Suzuki’s UK fleet line-up, and is said to feature improved interior quality and styling aimed at better defining it as an SUV.

It retains its 1.6-litre diesel engine, alongside the 1.0-litre Boosterjet petrol shared with the Baleno, and a 1.4-litre Boosterjet, and will be available in the UK from October. Suzuki has yet to reveal prices or running costs for the new model, which is positioned at the small end of the Qashqai-rivalling C-SUV sector.

This will be joined next January by the new Ignis crossover, which is already available in Japan and revives a nameplate not seen in Europe since 2008. At 3.7 metres in length, it fits between the Celerio and Swift in terms of size, and it will be available with the mild hybrid petrol engine from the Baleno.