Suzuki GB will launch its first ever business specialist dealers in Q2 2019, as the company puts the infrastructure in place to chase ongoing growth with SME fleets. 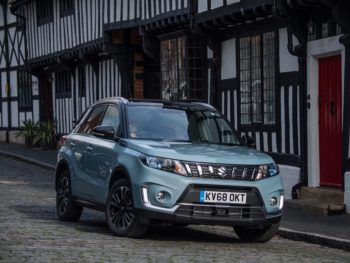 Refreshed for 2019, the Vitara accounts for almost half of Suzuki’s growing fleet sales.

The network was devised by head of fleet, Graeme Jenkins and should include around 30 dealers once the roll-out is complete. Standards are being finalised, according to director of automobile, Dale Wyatt, with dealer partners either sharing expertise with other franchises, or being supported by two newly-appointed business development managers – roles previously handled by an external agency.

“Anyone can apply, provided they meet the requirements set out by Suzuki GB,” said Wyatt. “We’re focused on quality, not the number of dealers, and we’re still deciding the standards.”

It follows another year of fleet growth for the brand, with volumes up 16% to the end of October and with b2b sales set to account for around a quarter of the 39,000 expected registrations during 2018 – the company’s second best-ever performance.

Since 2016, the company has quadrupled its fleet sales, and now has a 1.4% market share, backed by a re-structured fleet team, optimised SMR costs and residual values, and the right products – the Vitara SUV is 45% of its fleet sales.

That’s also despite discontinuing diesel engines in the UK. Wyatt sees no future role for diesel, in part because it has never had its own diesel engines, and said the company is aiming to capitalise on its 12-volt and 48-volt ‘mild hybrid’ technology to offer affordable electrification as an alternative. The Swift, now on the Government’s procurement framework, is also earmarked for fleet growth during 2019, he added.