EU car registrations rose 3.1% in 2017 as an uplift in demand for SUVs and petrol models helped drive the market. 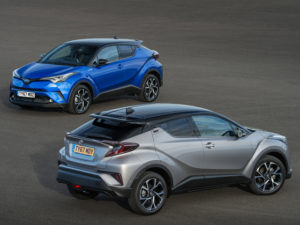 Toyota was amongst the best performing carmakers with volume increasing by 12.4%, driven by the hybrid- or petrol-only C-HR

A total of 15.6 million new cars were registered last year according to figures from JATO – marking the highest volume of registrations since 2007 when 16 million units were registered. The strong results were largely attributed to Eastern and Southern Europe, where volume grew by 12.7% and 6.2% respectively.

Toyota and Suzuki were the best performing groups of the year, with volume increasing by 12.4% and 20.8% respectively, driven by the C-HR and Ignis. Mercedes-Benz was the top selling premium brand for 2017 followed by BMW, taking Audi, who came third, off the top spot from 2016. Overall, the three German manufacturing groups accounted for 79% of the premium market in 2017.

The Golf retained its position as Europe’s most popular car in 2017. Despite this, its volume fell by 1% and it was the top seller in just five European markets in 2017, compared to eight in 2016. More than half of its registrations were in Germany and the UK.