New research reveals broad public support for driverless vehicles on Britain’s roads although concerns remain over how they will be deployed. 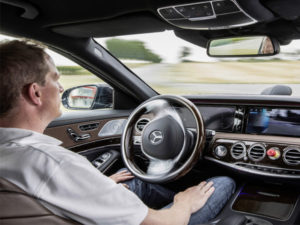 Almost two-thirds of drivers (63%) feel positive towards the concept of driverless cars on Britain’s roads.

The research was carried out by Westbourne Communications, a member of the People in Autonomous Vehicles in Urban Environments [PAVE] consortium, which secured joint funding by government and industry to explore stakeholder and the public’s perceptions of driverless cars.

The analysis of 500 stakeholders and members of the public found almost two-thirds (63%) feel positive towards the concept of driverless cars on Britain’s roads, with 59% agreeing that the roads would be safer with driverless car technologies.

Respondents thought the most popular benefit of this technology (71% positive) is that it could allow greater freedom for older or disabled people and nearly 70% of people polled were of the view that driverless cars have the potential to deliver economic benefits.

The study, however, also revealed concerns about security, standards and whether any technology could be truly prepared for all eventualities. Around half of those people polled were concerned about hacking or misuse, and a quarter were concerned that driverless cars could potentially leave people stranded if the technology failed.

Most respondents agreed that there would be significant environmental benefits, such as easing congestion on roads, less wear and tear and lower fuel consumption.

The publication of the research coincides with new analysis from car tracking company Satrak that echoes the findings.

A total of 51% respondents to the Satrak survey said that they thought that driverless cars might be a good idea although 80% said that it would also be beneficial if people were given additional training when buying one.