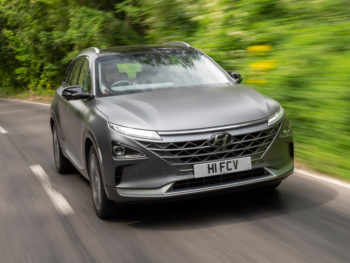 The survey – that asked 500 British drivers – found just 14% of respondents were likely to choose a diesel vehicle as their next car and 66% were looking to switch away from diesel to an AFV.

Chief amongst the interest included fuel cell electric vehicles (65%), LPG vehicles (64%) despite the fuel having never really taken off in the UK, while battery electric vehicles found favour with 63% of respondents, followed by 55% in plug-in hybrids and 50% for hybrids.

Concerns around the environment was the number one reason why respondents were interested in AFVs, while running and servicing costs followed closely behind.

However, understanding of AFVs was found to be lacking with just 14% of respondents feeling that using an AFV would make their lives easier compared with a petrol or diesel car. The main disadvantages were seen (in order) as public charging, range, acquisition costs, vehicle choice and battery longevity – despite there being more than 10,000 UK charge points and a decline of 35% of petrol stations in the past eight years.

Andy Short, commercial director at CLM Fleet Management said, “The opportunity to respond to this demand heralds an exciting new chapter for the car industry, as the British public begins to change their transport habits to reflect their environmental ambitions. It is clear that the next 20 years could see a revolution in the way we consume fuel.”