Fast-rising new car demand for hybrids and plug-in hybrids is also being reflected in the used market, with online car supermarket BuyaCar.co.uk reporting its highest-ever proportion of hybrid customers. 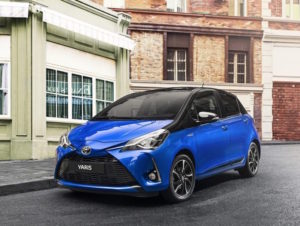 Although hybrids still only represent around one in 20 used car sales, market share has increased by 17% since April 2020, while sales have shot up by 27%.

So for the previous-gen Toyota Yaris, which included a petrol-engined version, the hybrid outsells the petrol variant by three to one, no doubt due to the brand’s longstanding heritage of hybrid.

But diesel is still most popular when it comes to the Mercedes-Benz C-Class. And in the case of the Mercedes A-Class, the plug-in hybrid share of sales stands at a negligible 1.3% of used sales, with diesel outselling petrol also by a factor of two to one.

And the BMW 3 Series continues to see diesel account for 76.4% of sales.

Peter Gibney, head of commercial operations at BuyaCar.co.uk, said the data indicates that customers see hybrids as a tentative step toward the electric future

“The increase in choice, with new hybrid models introduced in the past couple of years now reaching the used market, is also doubtless having an impact.”

He added: “There’s still a long way to go for motorists to wean themselves off traditional fuels but every sign is that the corner is now being turned and hybrids are on the march.”