All of the UK’s big four supermarkets have slashed unleaded prices from today (5 October) following a fuel in the wholesale market on unleaded. 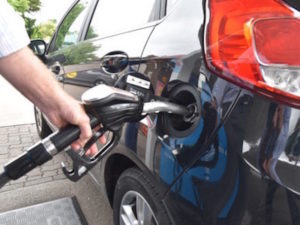 The latest price war brings a reduction of 2ppl for unleaded.

The price war was kicked off by Asda, which announced that it would drop the price of unleaded by up to 2ppl, bringing prices down to a new national price cap of 113.7ppl. This was quickly followed by Sainsbury’s, Tesco and Morrisons.

The reduction comes 10 days after all four supermarkets cut diesel and unleaded prices by up to 2 pence per litre.

RAC fuel spokesman Simon Williams said: “Despite a similar cut in late September the conditions have been right for a further reduction for nearly two weeks so it’s a shame in the interests of price transparency this hasn’t come sooner.

“What motorists need now is for every petrol retailer, large and small, to do the same to bring down the average price from 119p a litre to 117p. Looking at the wholesale petrol market there are good signs that prices could go lower still.”For more of the latest industry news, click here.