Fuel prices have been cut by up to 2ppl across all four main supermarkets following a drop in wholesale prices. 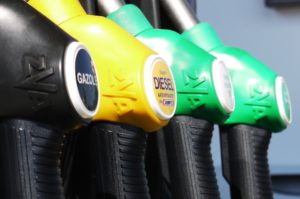 Asda, Tesco, Morrisons and Sainsbury’s have all cut fuel prices by up to 2ppl following a drop in wholesale prices.

The move was kicked off by Asda, which announced yesterday (Thursday 15th June) that it would drop the price of fuel by up to 2ppl from today, bringing prices down to a new national price cap of 111.7ppl across both unleaded and diesel at all 305 filling stations. The cut means fuel prices are now the lowest since December 2016.

In response, Tesco, Sainsbury’s and Morrisons cut the price of diesel and unleaded petrol by up to two pence per litre.

The price cuts have been welcomed by the RAC, which pressed retailers last week to drop fuel prices as the oil price slumped.

RAC fuel spokesman Simon Williams said: “Unfortunately, a cut to the price of diesel is long overdue as its wholesale price has been lower than petrol’s for weeks with little reflection of this on the forecourt. Hopefully, this will be the start of greater diesel price transparency.”