Less than 20% of people expect to be using driverless cars in the next 10 years, however 62% believe they will be driving electric cars. 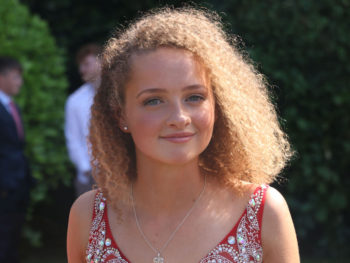 The survey was carried out by sixth-form student Bronte Mosley

These are the findings from a survey by Dorset sixth form student, Bronte Mosley – the daughter of fleet marketing specialist Jonathan Mosley – who canvassed opinion from over a 100 people – from teenagers to senior decision-makers in the fleet industry.

Insights from the online survey, held at the end of May 2019, include:

When it comes to concerns about climate change, 84% stated that there need to be changes to the way we travel in the next 10 years, yet only 54% are ‘very’ willing or ‘extremely’ willing to make changes to their own lives to make this happen.

Student Bronte Mosley said: “I decided to carry out the survey after conversations with my father who has worked in the fleet sector for 30 years.

“I decided to find out for myself what people believed would be the situation in 10 years’ time and was amazed at how much interest there was across the fleet sector with many senior fleet decision makers completing it online, as well people of my own age group and younger.”