Stuart Pearson, managing director, BCA UK Remarketing, is to take over as chief operating officer of the remarketing division this month. 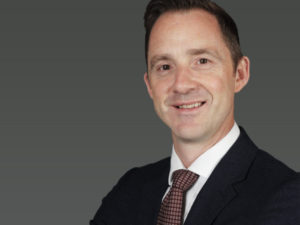 His promotion comes as Simon Henstock retires from the business and the industry this month following a forty-year career with BCA.

Pearson started his career at BCA nearly 25 years ago as a management trainee at BCA Derby. He managed BCA Preston in 2000, then managed the auction supercentre in Bedford on its opening in 2005. He was appointed to the role of operations director, BCA UK Remarketing in 2015 and took managing director, BCA UK Remarketing position the following year.

Avril Palmer-Baunack, BCA executive chairman, commented: “Stuart’s experience and passion for the industry will be critical as we continue to drive our business forward and meet the increasing demands of a fast-moving marketplace.”

Simon Henstock joined BCA in 1978 and held a number of senior operational and sales roles during his 40-year career with the company, becoming chief operating officer at BCA UK Remarketing in 2015.

Palmer-Baunack added: “We also wish Simon Henstock the very best as he enjoys his well-earned retirement following a long and distinguished career with BCA.”