Two trustees for IAM RoadSmart have stepped up to become new vice chairs. 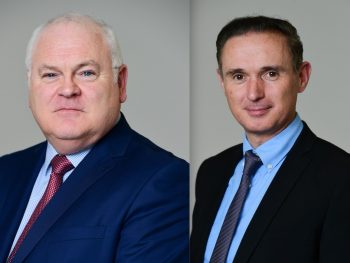 Retired senior police leader Stuart Donald, from the north east of England, and Jeff Willcocks, an experienced finance and organisational performance leader from Hertfordshire, have been appointed as vice chairs in support of chairman Derek McMullan, and interim chief executive officer Tony Greenidge.

Both Donald and Willcocks will be using their wealth of knowledge and experience to help the organisation make UK roads even safer. Donald has 30 years of policing experience at Humberside Police, having retired in 2015 as an assistant chief constable. Since 2015 he has provided specialist policing consultancy including police leadership and community policing training, and between 2016 and 2019 he operated as a traffic policing expert in the Middle East.

Chairman Derek McMullan said: “In this time of unprecedented challenge I’m delighted to welcome two of my fellow trustees to the role of vice chair. Jeff Willcocks brings very well-rounded business management skills and Stuart Donald has high-level command experience of the application of new technology to roads usage.”