The majority of road users globally support banning people from wearing headphones while cycling; food for thought in the UK as changes to the Highway Code are considered. 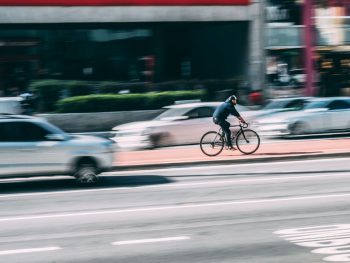 Two-thirds (65.8%) of the 35,000 respondents to the ESRA survey were in support of introducing a ban on cyclists wearing headphones

The research, highlighted by IAM RoadSmart, was conducted by the E-Survey of Road Users’ Attitudes (ESRA) across 32 countries and found two-thirds (65.8%) of the 35,000 respondents were in support of introducing a ban on cyclists wearing headphones.

In the UK, this rose to 68.2% while the European average was 66.5%; even cycle-loving Holland and Denmark showed small majorities in favour of new controls.

With plans afoot to update the Highway Code, IAM RoadSmart said it would be a good time to have an informed debate about the best way for cyclists to avoid potentially fatal distractions.

Policy and research director Neil Greig said: “It’s clear that the majority of road users are very concerned about distracted cyclists wearing headphones or earbuds while riding. These findings were consistent right across the world in this substantial survey.

“Being plugged in to either headphones or earbuds is the ultimate distraction, as it completely shuts you off to your surroundings, creating a potential road safety risk to yourself, pedestrians and other road users around you. This is even more critical with the popularity and increasing prevalence of noise-cancelling equipment.