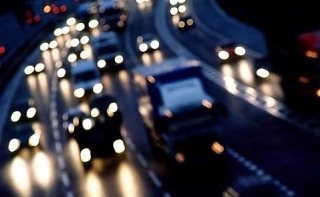 The observational study was based on analysis of geographically coded police data on road traffic collisions and crime in 62 local authorities.

The survey concluded that there is no evidence of a link between street lights being switched off and road deaths and other casualties.

In response, the AA says its own analysis of inquest findings uncovered six road deaths from 2009 to 2013 where coroners said the switching off of street lights had been a contributory factor. Police crash investigators said the drivers had little or no chance of avoiding the collisions.

At the same time, Department for Transport statistics show that significant reductions in night-time accidents along roads with lighting have been stunted on unlit town and city streets.

The AA also said that incidents in 2014 present the strong possibility of a 50% increase on top of the death toll so far. This includes an inquest this May confirmed that a council decision to switch off street lights contributed to the death of a Wiltshire woman in September 2014.

Meanwhile the outcome of an inquest into an Essex man killed in December while walking home from a Christmas party is also awaited. Another man had been knocked over just 40 minutes earlier on the same road – police then demanded that street lighting along that route be turned back on.

In addition, an inquest into the deaths of two men on a blacked-out section of the M65 will involve the coroner asking road authorities why his warnings, after a previous crash related to the switching off of road lighting, was ignored.

“Although part-night lighting on 30mph roads has yet to show a problem in road casualties, it is the 40mph and faster roads that are the problem. Crash experts say there just isn’t enough time to react, even when driving at the speed limit with the headlights on,” said Edmund King, the AA’s president.

“For that reason, the AA calls for street lights to be switched on along 40mph roads. It is also telling its members to drive on full beam on any residential road where street lights have been switched off, except where they might dazzle other road users. Drivers cannot afford the risk of not lighting the road ahead if it might result in killing or injuring pedestrians, cyclists and other vulnerable people.”