Prestige cars such as Audi, BMW and Mercedes are being stolen to order and sold on the black market for as little as £1,000. 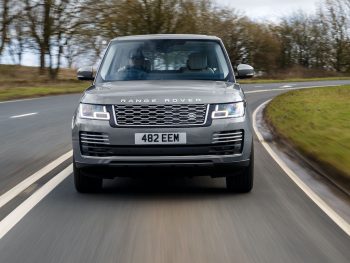 Published as Home Office figures show the number of vehicles stolen in Britain has almost doubled in the last five years, an investigation by vehicle protection and management technology provider AX has revealed that an A1 will go for just £1,000 on the black market, while a Land Rover Range Rover, which costs upwards of £80,000 when new, will go for £1,500-2,000. Once vehicles have been stolen, they are typically sold on rapidly to a known network which then exports or dismantles them for parts.

Neil Thomas, director of investigative services at AX, said: “The list is quite shocking, despite my 30 years working in the police force. We know how the criminals operate but, with the UK theft figures in mind, it’s a sharp reminder of the problem car owners and the industry faces.

“Rather than the cars that are stolen most in the UK, this list represents the criminals’ wish list of preferred targets. A typical, current Ford Fiesta, for example, would change hands for little more than £200.

“Business and private owners alike are affected by the increase in thefts, so it’s paramount to take precautions to avoid being targeted, or ensure vehicles have robust covert technology so that they can be recovered. Most tracking devices are simply removed after being stolen.”

Last month, AX revealed that criminals are using WhatsApp groups to plan and execute car thefts. Further research by the organisation has also indicated the growing use of messaging application Telegram for organised vehicle theft.