Stewart Lightbody, head of fleet services at Anglian Water, and Ryan Coles, global travel and fleet manager at Aviva, are seeking first-time election to the ACFO board at the 2019 AGM. 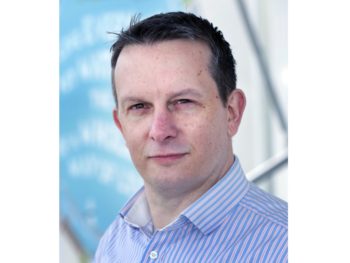 Taking place on 12 June 2019, the AGM will see a straightforward members’ ballot for the two available places on the board, which follow the recent announcement that long-serving director and chairman John Pryor will stand down as he nears retirement from his job as fleet and travel manager at Arcadia Group, while Phil Redmond had already retired as a director at the end of 2018. Lightbody was co-opted on to the ACFO board following Redmond’s retirement.

Additionally, by three-yearly rotation, Richard Baird, new business development director at Marshall Leasing, is seeking re-election to the board for a third term at the 2019 AGM.

ACFO has a six-strong board which is completed by present deputy chairman Caroline Sandall, director ESE UK Consulting and a former fleet manager at Barclays Bank; Debbie Floyde, group fleet and risk and facilities manager, Bauer Media; and Denise Lane, head of group fleet at Capita.

John Pryor said: “I am delighted that both Stewart and Ryan have agreed to stand for election for the first time to the ACFO board as they are both full-time professional fleet managers with significant experience.

“Subject to ratification of their election at the 2019 AGM – and Richard being re-elected – it means that board composition is not only maintained in terms of a majority of directors being full-time professional fleet managers, but there is also an equal split between male and female directors.”

The election of a chairman at ACFO is carried out annually. Following the 2019 AGM, the new six-strong board will meet to elect a chairman for 2019/20.