Road safety organisations are calling for a much higher government focus on road safety as latest data shows little in casualty figures in recent years. 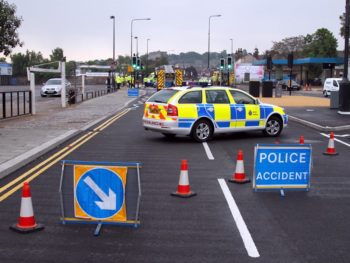 Figures published today (26 September) by the Department of Transport show there were 1,784 reported road deaths in 2018, compared to 1,793 reported in 2017 – a 1% reduction classed as disappointingly marginal.

And although there was a 6% fall in the number of overall casualties in reported road traffic accidents in 2018 – down to 160,597 compared to 170,993 casualties a year ago – IAM RoadSmart says this is not good enough and has expressed concern that government disruption has forced road safety down the political agenda, with “practically no headway made in the levels of those killed in road crashes on our roads over the last six years”.

Neil Greig, IAM RoadSmart director of policy and research, continued: “The uncertainty surrounding Brexit has swallowed up the attention of the decision makers for too long now, which means people are still dying on our roads at the same level as six years ago – as a developed nation, that is pretty disgraceful.

“It is really time the Government renews its commitment to this issue which is affecting all communities in society, young and old, and make sure we don’t continue to kill and injure people in ways that could so easily be prevented.”

Greig added: “Road safety is everyone’s responsibility and it is clear that working in partnership to promote it is the key to returning to critical, long term downward trends. More incentives for post-test training, consistent enforcement of new motoring laws, accelerating the uptake of AEB (autonomous emergency braking) equipped cars and promoting best practice in driving for work are just a few examples of the quick gains that could be achieved.”

His comments were echoed by the RAC. Head of policy Nicholas Lyes commented: “This latest set of data makes for disappointing reading. In short, there has been no meaningful reduction in fatalities at a national level for seven consecutive years now. While we welcome the Government’s renewed focus with the publication of its recent road safety statement, there needs to be a significant shift in policy that will result in far fewer serious collisions.

“Of particular concern are the rises in fatalities among older age groups and a spike in fatalities on motorways – some worrying trends are emerging here that require immediate investigation, to understand the reasons for these increases and what can be done to reduce them. In addition, the Government’s data suggests an increase in motorway collisions where at least one driver has been under the influence of illegal drugs.

“Historically, Great Britain has been proud of its road safety record, but these figures clearly show that is no room for complacency.”

RoSPA also commented on the figures, expressing concern in particular over the increase in road deaths among vulnerable road users.

Nick Lloyd, acting head of road safety at RoSPA, said: “It is disappointing to see there has been little to no improvement in the number of fatalities on our roads. In light of this, we continue to urge the Government to implement road safety targets to help prevent tragedies in the coming years.

“It is particularly concerning to see an increase in the number of older drivers and riders being killed and also a rise in the number of older road users being killed or seriously injured – which was up by nine per cent. We would recommend that mature motorists seek refresher training if they are noticing any changes in their driving or riding; in fact, we recommend that all drivers and riders take regular refresher training to keep their skills up to date.”