Unveiled in Berlin, the latest iteration of the Polo takes a step up in space and technology, as Alex Grant explains.The biggest Polo yet 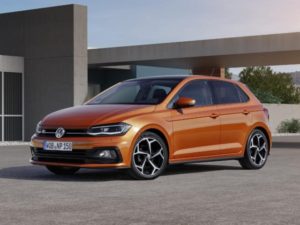 Underpinned by a new platform, as used in the latest SEAT Ibiza, the Polo is now wider and over a longer wheelbase than the Mk4 Golf launched in 1997. A relatively large car in its class, it measures just over four metres from bumper to bumper, and will only be offered as a five-door hatchback.

The result is improved interior space, with more headroom in both the front and back than the Mk4 Golf, let alone the old Polo, and a 25% increase in boot capacity between generations.A Wider Range: 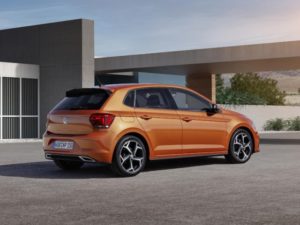 Volkswagen has yet to reveal the full UK line-up, but the launch range includes the GTI and the sporty-looking R-Line trim as offered on the Golf, as well as a Beats version which includes upgraded audio equipment. Expect a price rise over entry-level versions of the old car – in part owing to the lack of a three-door version.

Petrol engines will comprise two versions of the 1.0 MPI with 65 or 75bhp, the 1.0 TSI with 94 or 113bhp, then the new 1.5 TSI EVO with 148bhp and the ability to deactivate cylinders at low loads and the most powerful GTI yet, producing 197bhp from a 2.0-litre TSI engine. Diesel options will comprise the 1.6 TDI with either 80 or 90bhp, both with Selective Catalytic Reduction. MPI petrols and the 80bhp diesel are the only versions not offered with DSG.Technology Savvy: 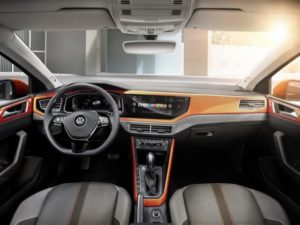 All versions get a touch screen and AEB.

With a new platform, the Polo gets a raft of the latest technology. All UK cars will get autonomous emergency braking, and at least a 6.5-inch glass touchscreen as standard equipment. Park Assist, which can steer into spaces hands free, and adaptive cruise control with the ability to bring the car to a complete stop, are both optional, and this marks the debut of a new all-digital instrument cluster which is said to be easier to use. Wireless phone charging and an 8.0-inch infotainment system, with Android Auto and Apple CarPlay, will also be available.For more of the latest industry news click here.