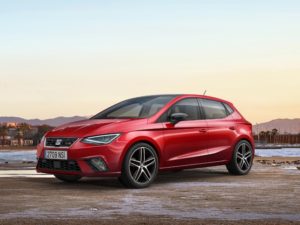 The Ibiza debuts the new Volkswagen Group supermini platform; the same architecture which will underpin the brand’s forthcoming Arona compact crossover as well as the next Audi A1, both of which will be made on the same production line in Martorell, near Barcelona.

As it’s a stiffer structure, SEAT is claiming significant improvements in refinement over the old Ibiza. It’s also enabled a more ground-hugging stance – the wheelbase is longer, its front and rear tracks are wider, and the bodyshell is wider, despite being the same length and height as the outgoing version. Not only does that give it a sportier look, but it increases cabin and boot space too.Engine options: 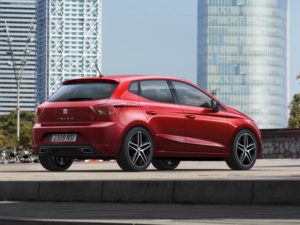 From launch, the new Ibiza will be offered with a choice of three petrol and two diesel engines. UK sales are heavily petrol-weighted, even in fleet, and SEAT will offer 1.0-litre three-cylinder units with 94bhp or 113bhp, with the new 1.5-litre, 148bhp four-cylinder engine at the top of the range. That’s shared with the latest Golf.

Diesels will comprise two versions of the 1.6 TDI, producing 80bhp or 94bhp. Based on the Polo line-up, it’s possible that an efficiency-tuned Ecomotive version could be offered with either a petrol or diesel engine. The two most powerful petrol engines will be the only models offered with six gears, and a seven-speed DSG transmission will be available too.Equipment: 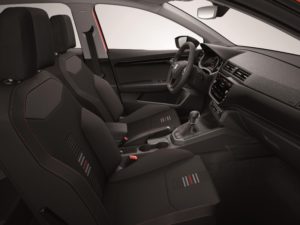 The Ibiza will launch with a choice of four trim levels – S, SE, sporty FR and luxurious XCELLENCE versions – and with a single, five-door bodystyle. SEAT has yet to confirm standard equipment for the UK, but the brand’s CEO Luca De Meo sees technology as a core part of its identity, and the Ibiza gets a lot of features from its larger siblings.

So the cabin includes an eight-inch touchscreen – as per the Ateca – with the prerequisite Android, Apple and MirrorLink smartphone connectivity, as well as keyless entry and a suite of driver assistance systems. These include adaptive cruise control with autonomous emergency braking, and a new-generation, more accurate parking sensor technology. FR versions also get selectable driving modes, as offered on the Leon.When does it launch?

The Ibiza will be unveiled to the public at the Geneva Motor Show in March, ahead of a July on-sale date. Alongside the Leon and Ateca, it’s a core part of SEAT’s fleet line-up and a big-volume car against models such as the Corsa and Fiesta. Expect pricing to be announced after its public debut.