Green Flag has reported a 72% rise in breakdowns after lockdown measure were eased, as a lack of maintenance takes its toll. 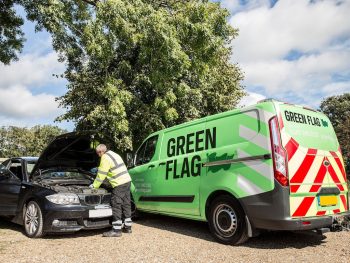 The rise was measured on Wednesday 13 May and compares to the prior Wednesday (6 May) before the Government’s new guidance. The incremental impact of vehicles breaking down is more than the usual busiest day of the year for breakdown providers – the return from the Christmas break.

With the significant increase in breakdowns disproportionate to the increase in traffic reported daily, Green Flag believes the rise could primarily be due to vehicles not being maintained during lockdown. A large proportion of reported Green Flag breakdowns have been due to battery faults and mechanical issues common with a vehicle not being used for a long period of time.

Mark Newberry, commercial director at Green Flag, said: “With the slight easing of lockdown in England, a pathway for a return to ‘normality’ has been laid, but with any major change or indeed in this case, return, preparation is key. With more drivers expected on the road in the coming days, we’re urging people to make sure their cars are roadworthy, checking the vital components, and ensuring they have the necessary rescue cover in place, should they have cancelled or downgraded recently.

“As well as this, we are also urging drivers to make sure they remain safe as they start to travel more, whilst following the Government’s current guidelines.”