HMRC is being urged to consider the wider benefits of salary sacrifice car schemes to the UK economy as it runs a consultation on their future tax treatment. 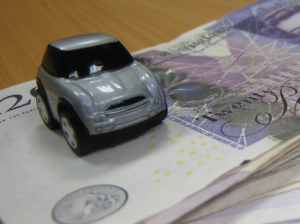 The call comes from both the BVRLA and salary sacrifice specialist Tusker, which have published data showing the benefits of such schemes to both basic rate drivers as well as the overall UK economy/

As previously announced, the Government is running the consultation due to its concerns about the rising costs of salary sacrifice schemes and is considering limiting the Income Tax and National Insurance contribution advantages available through these schemes.

In response, the BVRLA has pledged to make a strong case for special consideration for the schemes.

BVRLA chief executive, Gerry Keaney said: “These company car schemes offer a valuable way of rewarding and retaining staff, particularly for many public sector organisations who have had to struggle with long-term pay freezes.

“Our research shows that 80% of salary sacrifice drivers are in the basic income tax bracket and these schemes provide them with a unique opportunity to drive a greener and safer car than they would otherwise.

“The new car sales generated by salary sacrifice schemes also give a valuable boost to the UK economy,” added Keaney.

The firm said it has found that the positive tax contribution for cars delivered in 2016 is projected to be at least £1m for the UK Exchequer. With the increases in benefit in kind (BIK) tax already announced for the future, this revenue could quadruple from new orders during next year with an estimate of £4.7m forecast for 2017.

Tusker added that its analysis shows that many salary sacrifice cars are tax positive, due to the incremental revenue from VAT on additional services, lease agreements and vehicle disposals. Also, the salary sacrifice cars sector is a huge supporter of British jobs – on top of the thousands of jobs in the fleet industry, they also support UK manufacturing with British built models being very popular in all schemes, and furthermore all vehicles are sourced through UK franchised dealers and serviced through independent and franchise garages.

Additionally, Tusker’s own driver data shows that the car schemes drive incremental new car sales. A recent survey of over 1,500 Tusker drivers showed that 92% of Tuskers customers would not have opted for a new car had it not been for the salary sacrifice car scheme. In fact, 40% of them would have bought a second hand car and nearly a quarter would have kept their current car.

Gerry Keaney of the BVRLA said: “The average salary sacrifice car has CO2 emissions of just 104g/km, is less than 18 months old, and is more likely to meet the latest safety and emissions standards. These vehicles provide a more sustainable alternative to the older, more polluting grey fleet cars that staff might otherwise use for business travel.”

David Hosking concluded: “It seems that salary sacrifice cars have been caught in the crossfire as the Government seeks to eliminate the practice of employers offering benefits that do not attract any tax on a Benefit in Kind, or those that solely deliver tax savings. Company cars clearly do not fall into this category and we welcome the Government’s consultation to dispel the myth that our car benefit schemes are the same as these other salary sacrifice options.”