For the first time, the South East has become the area with highest rate of death and serious injury on the British network of motorways and A roads outside urban cores. 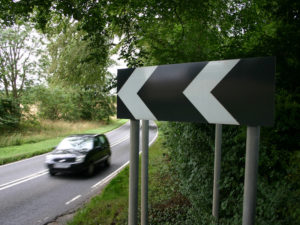 The report found the largest single cause of death is running off the road (29%); the largest cause of serious injury is at junctions (33%)

The research, carried out by charity The Road Safety Foundation and sponsored by Ageas UK, found that in the South East, risk is over 80% higher than the risk for the network in the West Midlands, the English region with the lowest rate of death and serious injury.

In previous reports the roads listed were concentrated in the North West and the East Midlands regions. However, roads in the South East of England now account for 5 of the 10 roads featured.

Yet according to the analysis, “Travelling on our road system could be made as safe as on rail and air within a generation” if the same systematic approach to measuring and managing risks was to roads as that taken by industries ranging from medicine to mining as well as aviation and rail.

The report lists persistently high risk roads with little or no change, and highlights the modest actions by authorities on the 10 most improved roads that led to local falls in serious crashes from 168 to 53 (-68%).

Road Safety Foundation chairman Lord Whitty said: “A lifetime of care for a single trauma victim can cost more than £20m. This report identifies the authorities with high costs from road crashes, and shows how risks can be reduced and lives saved with economic returns that are higher, quicker and more certain than from most projects competing for funds.

“We can now identify roads where risk is 20-times higher on some roads than others; and regions where the risk of death and serious injury on the main roads might be twice that of another.

“All the persistent high risk roads identified in this report have rates of death and serious injury that are unacceptable. Some have been on the list for years. For the government’s new safety strategy to succeed, it must help remove the cultural and institutional obstacles that permit this chronic loss of life to continue,” added Lord Whitty.