The average UK SME is being hit with a £6,000 repair bill each year due to vehicle accidents, new research suggests. 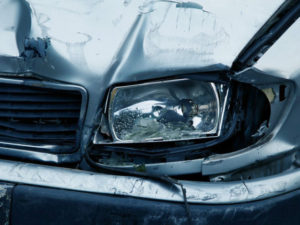 Analysis by tracking firm Verizon Connect among 201 fleets running between three and 50 vehicles found the average fleet is involved in at least two vehicle accidents per year. Fleets also lose an average of five working days per year as a result of traffic accidents.

Surprisingly, when it comes to the main cause of accidents, only 29% of fleet managers report that other road users are to blame, rather than their own drivers, according to Verizon.

A third (31%) of those surveyed reported that maintenance and other associated costs are the top issue keeping them awake at night while fleet managers’ top concern regarding driver safety is using their phones while out on the roads (22%), with speeding coming in at a close second (19%).

“For small businesses, the cost of accidents, and driver downtime is a major concern – particularly as margins are tighter and competition is increasing.  But it’s not just the repair bill that matters, a vehicle out of service for five days could mean losing a valued customer to a rival,” comments Derek Bryan, vice president, EMEA, Verizon Connect.

“While drivers can’t always avoid an accident, particularly if another driver is at fault, there are clear processes and technology that fleet managers can put in place to better protect their drivers. Making sure drivers take adequate rest breaks, while tracking driver behaviour and encouraging safe driving practices can save lives, reduce accidents and uphold the lifetime and efficiency of the vehicles within the fleet.”