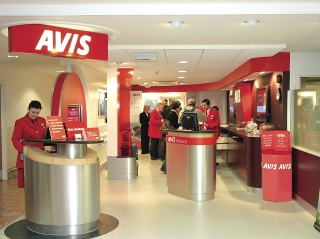 That’s the finding of new research released by Avis UK on the behaviours and attitudes of UK business travellers in relation to car rental services.

The study, developed in partnership with the Guild of Travel Management Companies, was set out to identify the UK’s most frequent users; those that rent a car six or more times per annum.

In terms of company size, whilst large organisations were unsurprisingly the most frequent car rental user at 48%, the study revealed that small businesses, those that employ between 1 and 50 people, equate to nearly a third (30%) of the UK rental market. The study highlights the importance of a tailored car rental package for a growing demographic.

Out of 22 business sectors represented in the study, the most frequent users of car rental services, were made up of manufacturing (11%), education (10%) and Information Technology (8%).

The research also identified a clear male bias (57% male, 43% female) when it came to overall users, although frequent users were equally likely to be male or female. Whilst there was a good spread across all age groups, over half (52%) of business car renters surveyed were in the 30-49 year old age group. What’s more, they were most likely to be in a middle management position (27%), followed by junior management (20%).

The study also set out to determine the key factors which contribute to a frequent user’s decision to rent a vehicle. It revealed that not only is the market very price sensitive, with 67% of respondents identifying cost as ‘very important’ in their decision making process, but it is also largely driven by convenience. 24/7 emergency assistance (60%), speed of service (58%) and the ability to book online (51%) were all considered ‘very important’ to UK business travellers.

The majority of rentals, especially those in the UK, were for short periods (one day or 2-7 days) with only 24% of rentals in the UK and 37% of rentals abroad having a duration of 8+ days. Business travellers from smaller companies were, compared to those from larger companies, more likely to rent a car for shorter periods. Of rental cars collected outside of the UK for international trips, the most frequent collection points were in: Spain (18%), France (16%), United States (14%) and Germany (6%).