Lexus is focusing on SMEs with its new models, seeing small fleets as a vital part of plans to increase its UK sales around 33% over the next two years. 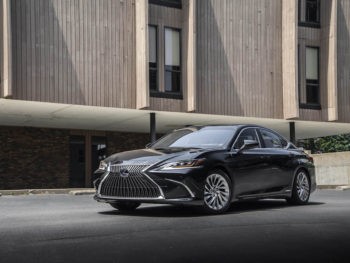 This year, Lexus is hoping for a 22% uplift as the ES executive saloon and UX compact SUV reach the UK, with a further 10% increase planned in 2020 as manufacturing capacity grows, according to general manager for Toyota Motor Europe product comms, Robert Tickner. Because of limited production capacity, the company won’t be chasing market share by offering large discounts, he said, while a specialist UK SME sales team is already in place.

The UX, which puts Lexus into the high-volume Q3, X1 and GLA segment, is likely to be the bigger growth-driver of the two newcomers, Tickner said, though supply is tight from launch. Tickner expects limited cannibalisation of CT 200h sales once the UX is available, predicting there’ll be only a small crossover of the customer base. Anti-diesel penalties and Lexus’s own LC halo car are both claimed to be helping raise awareness, and strengthen residual values, for the eight-year-old CT hatch.

In fleet, the ES is also seen as a sizeable opportunity. The hybrid-only saloon replaces the GS and is expected to find more than 1,000 UK customers per year – twice that of its predecessor, and much more heavily weighted towards fleets. Across Europe, the GS had been more retail-weighted than its rivals.

Tickner said the company is hoping the ES will lure SMEs with low running costs; CO2 is between 100 and 106g/km, there’s no 4% diesel company car tax levy, residual values are stronger and pricing is lower than the GS. Entry-level and F Sport versions are both priced under £40,000, undercutting key German rivals and avoiding the £310 luxury car VED supplement.