Smartphone mirroring – such as Apple CarPlay and Android Auto – is increasingly influencing vehicle choice, with a growing trend of drivers using smartphone apps instead of the car’s own software. 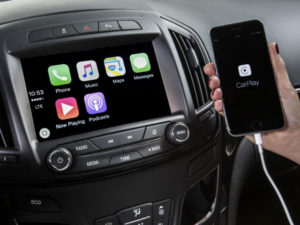 Research from consultancy company Strategy Analytics found 84% of drivers in Western Europe were interested in Android Auto, while Apple CarPlay was rated the same by 85% of respondents.

Of those, 25% and 29% respectively said smartphone mirroring was an essential feature. Both systems enable drivers to access a pared back version of selected app – including messaging and maps – via the vehicle’s built-in screen.

Most drivers also said they would be prepared to pay extra for for the technology, and the report said many reported that they use these systems rather than the vehicle manufacturer’s own software.

Derek Viita, report author and senior analyst, commented: “All of our research suggests that consumers will soon be ready to adopt CarPlay and Android Auto for their infotainment needs, which is another round of bad news for embedded navigation suppliers and OEMs that want to sell upgraded navigation systems.”

Chris Schreiner, director, Syndicated Research UXIP at Strategy Analytics, added: “Consumers are increasingly relying on connected apps for a variety of purposes in the car due to frustrations with the user experience of embedded systems. It almost seems to be the case that the last remaining obstacle for the advance of smartphone mirroring is simply exposure.”

Previous: Fleets urged to sign up to emissions technology trials
Next: Time for a rethink on driver training approaches, says Arval