Some of the UK’s busiest A-roads will be transformed into “expressway corridors” while more of our motorways will be turned into smart motorways and highways will get increased EV charging facilities, under Highways England plans. 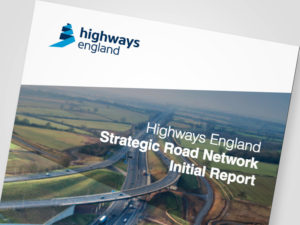 The new report on proposals for the Strategic Road Network (SRN) – currently out for consultation – sets out how Highways England plans to deliver more smart motorways on key routes, as it outlines that it remains “convinced that smart motorways are the right investment for the core of our network”, adding that they “increase capacity and provide faster, safer and more reliable journeys, and keep motorists well-informed”. This would be backed up by increased education campaigns on how to use smart motorways.

The report – which will be used to inform the government’s next road investment strategy beginning in 2020 – also includes plans to develop a number of A roads, including the A14 and A303/ A358, into expressway schemes that “will provide a motorway-like experience for our customers”.

Announced in the First Road Investment Strategy, the move would target sections of the network with higher accident rates – the future expressway corridors are expected to be up to six times safer than the A-roads they replace. This would be accompanied by an increased focus on vulnerable road users, including cyclists, to ensure they’re safely segregated, by using cycle lanes and crossings that are safe and separated from traffic, such as the new link road on the M5 J29.

The report also outlines the need for greater electrified vehicle charging provision, with Highways England aiming for drivers to be within 20 miles of a charge point on 95% of the SRN by the end of 2020, ramping up in the future.

Highways England also said it would work with OLEV and stakeholders such as the Road Haulage Association and Freight Transport Association to ensure it supports the use of electric vehicles by logistics firms, as well as car drivers.

And the report outlines how an intelligent network coupled with connected vehicles would improve the efficiency of road maintainance and at the same time improve safety. This includes developments in connected cars, which could see vehicles automatically report potholes to help other vehicles avoid them, while enabling Highways England to schedule repairs.