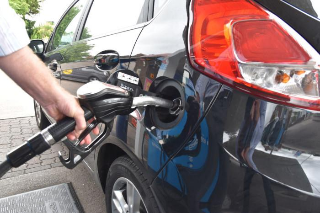 Commenting on the slashed price of diesel, RAC fuel watch spokesman Pete Williams, said: "The UK's 11 million diesel drivers will clearly welcome this move by the big supermarkets, although it would be fair to say it has been slow in coming.

"We hope that other supermarkets and the cheaper fuel retailers will follow suit swiftly and do the right thing for motorists. This should reduce the average price of diesel across the UK for motorists everywhere who can then benefit from the low price of crude oil on the world commodity market.

“Saudi Arabia has also reiterated its intention not to cut oil production so the world will continue to be awash with oil as demand is also down suggesting that sustained lower petrol and diesel prices are going to be around for much of 2016.

“This is great news for consumers and motorists generally for whom the cost of motoring is one of their biggest gripes. But it will also benefit UK business which runs on diesel and should be a further stimulus to the economy.

“The lion’s share of the price we pay at the pump, around 75%, goes to the Treasury in duty and VAT. The rest of the price is production, refinery costs, distribution and the fuel retailers' margin. This means that there is a limit to how low we will see the price of diesel and petrol go but prices could well continue to fall and a pump price of as low as 90 pence a litre is not that far-fetched.”

“The focus has been on the price of petrol but with more diesel sold in the UK the retailers should be more transparent and reflect the savings they are making in the wholesale price more swiftly at the pump.  And right now the wholesale diesel price is cheaper than that of wholesale petrol," he concluded.