Škoda has revealed pricing for its new Kamiq compact SUV, which is priced from £17,700 and will bring a rival to the Nissan Juke. 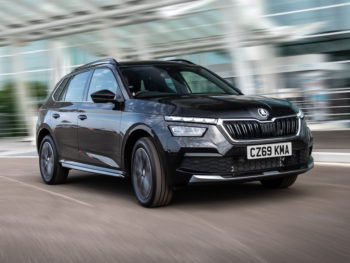 Unveiled earlier this year at the Geneva Motor Show, the Kamiq (see our first drive report here) draws on the Vision X concept shown at last year’s Geneva as well as the existing Karoq and Kodiaq SUVs that it sits under.

Engine line-up brings four engine options: three petrol and one diesel. Petrols comprise two 1.0 TSI units with outputs of 95hp and 115hp, and a 150hp 1.5 TSI motor while the diesel engine is a 115hp 1.6 TDI unit. All bar the entry-level petrol can also be specified with a seven-speed DSG gearbox. NEDC Correlated CO2 emissions start from 112g/km for the diesel with either manual or DSG transmission and rise to 116g/km for the 95hp and 115hp 1.0 TSI units. Figures are yet to be announced for the 1.5 TSI.