Škoda has confirmed its forthcoming all-electric SUV will be called Enyaq to symbolise its new era of e-motoring. 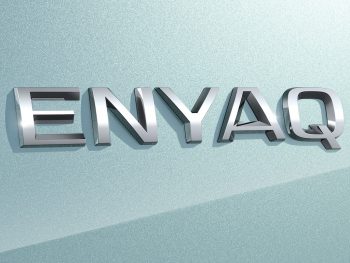 The brand’s second all-electric car after the CITIGOe iV, the Enyaq derives its moniker from the Irish name ‘Enya’, meaning ‘source of life’. In this way, the model also establishes a new naming convention that uses the letter ‘E’ in reference to electromobility and ‘Q’ to create a clear connection to the brand’s existing Kodiaq, Karoq and Kamiq SUV line-up.

It’s marked out the first Škoda model to be based on the modular electrification toolkit (MEB) and the second in a series of more than 10 electric models that will be launched under the Škoda iV sub-brand by the end of 2022.

By 2025, the carmaker expects all-electric vehicles and models with plug-in hybrid drives to account for 25% of sales.