Matrix LED headlights and a new petrol engine for the vRS are the highlights of Škoda’s popular SUV. 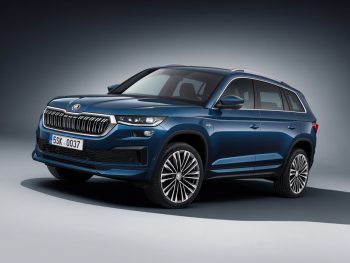 The Škoda Kodiak has received a facelift

After five years on sale, one of Fleet World’s favourite Large SUVs, the Škoda Kodiak, has received a facelift. As expected, the tweaks are minor considering how popular it has been, with over 600,000 sold since launch.

Outside, there’s a new bonnet and grille design, reshaped bumpers, redesigned alloy wheels, standard LED headlights, which include a Matrix LED option for the first time.

Inside, there’s updated trim and more ambient LED lighting, with leather-trimmed power seats as an option.

Under the Kodiaq’s bonnet, the sportiest vRS model receives a new petrol engine. One of the latest Evo generation of power units, the 2.0-litre TSI petrol now generates 242hp, 5hp more than the outgoing biturbo diesel.