The Police Service of Northern Ireland has added 50 converted Škoda Kodiaqs to its front-line fleet, increasing its presence on the roads. 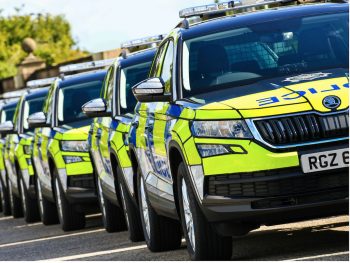 The force covers over 14,000 square miles, more than a third spread across rugged rural terrain, and the new Škodas will be used in a number of ways. This includes as part of its interceptor fleet, used to clamp down on those who use the country’s road network to commit crime, while the police service will also make the most of the car’s 4×4 capabilities to cover the most remote areas of the country.

Marcus Belshaw, head of transport services at the Police Service of Northern Ireland, said: “The introduction of the new Škoda Kodiaq models will bolster our policing presence and visibility across the country. Our officers work tirelessly to protect the public across all areas of our community and the addition of these vehicles means that they can continue to do this effectively and safely.”