Škoda has revealed its Vision RS concept, which debuts at the 2018 Paris Motor Show and shows possible future model plans as well as its ideas for its vRS range. 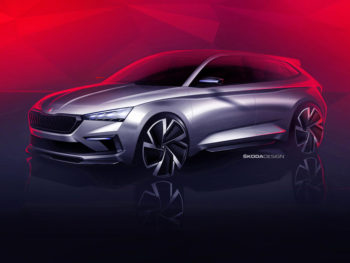 Also revealed in a video and bearing dimensions roughly similar to the Golf, the concept is said to “provide a first glimpse of a future compact car” but could show a replacement to the Rapid.

It’s also branded as bringing in the next design phase for Škoda’s sporting RS model range. The brand has a proud 117-year-old motorsport tradition and first introduced the RS letter combination for the 180 RS and 200 RS rally sports cars. Earlier this month, Škoda gave a sneak preview of its forthcoming Kodiaq vRS, which becomes the first SUV ever to join its vRS line-up.