A specialist blue-light version of the Škoda Kodiaq large SUV is now available as a police dog vehicle, bringing a raft of dog-friendly features. 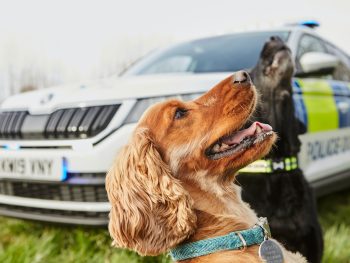 The latest addition to the brand’s expanding blue-light range alongside the Scala police car, the ‘K-9 Kodiaq’ includes two air-conditioned dog kennels with temperature monitoring. These are purpose built into the rear of the vehicle and feature a front escape hatch with drop glass built into each kennel. Additional emergency equipment can be stored in an area in front of the kennels.

Joining the range as Škoda reports fast-growing demand for its blue-light vehicles – sales were up 75% in 2019 – the new conversion also features essential blue-light equipment such as 360-degree emergency services lighting and an engine Run Lock system.

It’s available with a choice of four engines – two petrol and three diesel with power outputs ranging from 150hp to 239hp – with two- or four-wheel drive and manual or DSG transmissions.

The conversion has been built in conjunction with the Policing Authority and complies with RSPCA and DEFRA requirements, and is available for order now.