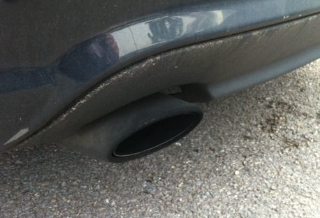 The survey of 2,565 motorists found that six in 10 drivers (57%) say they have lost confidence since the news broke, while 66% of those surveyed beelive that the emissions testing process in Europe is not close enough to real-world driving conditions.

However, nearly three-quarters of drivers (73%) say they are generally more worried about fuel consumption than they are about health-harming emissions.

Half (55%) claim to be concerned about the impact that emissions of pollutants from diesel cars have on air quality in their area, but around 15% admitted they don’t understand the impact of oxides of nitrogen emissions.

And, even though concerns amongst those surveyed about harmful oxides of nitrogen emissions from diesel vehicles have almost doubled (24% to 43%) since the late September announcement that VW had used software to defeat emissions tests, 96% of diesel drivers said they had no plans to reduce how much they drive their vehicles.

The survey also found no appetite among motorists for increasing the level of taxation charged on diesel cars. Nearly half of the motorists questioned (47%) disagreed with the idea that diesel cars should be taxed more than petrol cars, with three in 10 (29%) not having a view either way and less than a quarter (24%) in favour of higher charges for diesels.

Surprisingly, only a small minority (22%) of diesel vehicle owners have concerns that their cars will be harder to sell second-hand; over half (51%) have no such fears with a further quarter (27%) uncertain whether it will or won’t affect re-sale. And, only a third (34%) believe the second-hand value of their diesel vehicle will be lower than it was before the VW revelations, with the remaining 63% harbouring no such concerns.

RAC chief engineer David Bizley said: “While motorists are not oblivious to the harmful effects of diesel emissions, they are – perhaps understandably – far more concerned about fuel economy because of the impact that this has on household finances. This is in contrast to the invisible effects of oxides of nitrogen which have no immediate impact on their pockets unless they happen to live in one of the few areas where diesel vehicle ownership is penalised in some way.”

He added: “It is important to recognise that cars are only responsible for around 35% of overall oxides of nitrogen (NOx) emissions in our city centres where air quality is poorest. The bulk of the remainder is emitted by buses, taxis and commercial vehicles. The majority of those surveyed were, perhaps not surprisingly, unaware of this figure, but it emphasises that actions to improve air quality must be prioritised to target the biggest generators of pollution and not seen as just another opportunity to generate more revenues for local authorities from cash-strapped motorists.

“The RAC believes that plans to improve air quality should focus on local solutions through a national framework. Defra’s recent proposals on improving air quality strike a promising balance between action at local and national levels, however, Defra needs to be clear about their assumptions on real world emissions compared to test results that underpin their modelling studies and the Government needs to ensure that any actions taken by local authorities are compatible with the Defra clean air zone framework.”